At the Auction: Going Once, Going Twice, Sold!

Sotheby’s ended a two-day auction today of 1,200 or so Polaroid photographs taken by famous photographer’s from Ansel Adams to Chuck Close to Robert Mapplethorpe and even self-portraits by Andy Warhol. The photos brought in well over the original $10MM estimate, rounding out at $12,467,625. 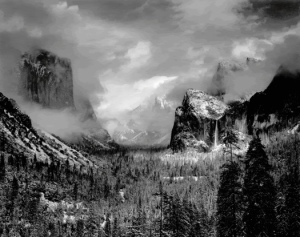 And, let’s not forget the fashion photographers in the group. Works by the controversial Helmut Newton and Guy Bourdin were also among those auctioned off at the sale.

Quite an accomplishment. Hopefully we’ll soon see some of these photos featured in museums for all to enjoy.

Full auction lot and results can be found here.