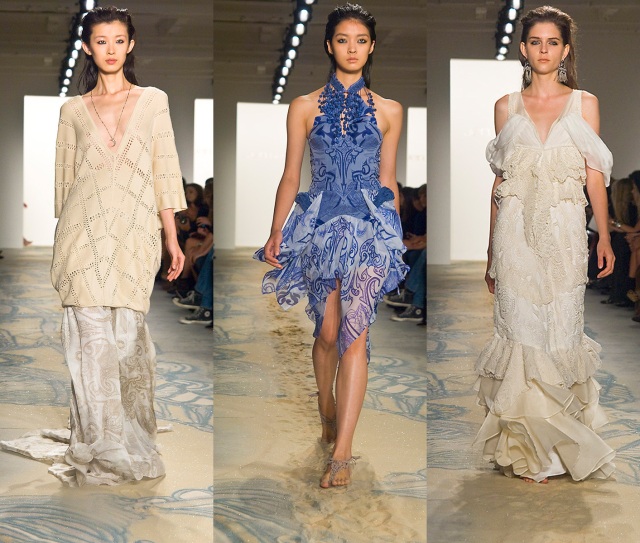 My first show for New York Fashion Week S/S11 as Jen Kao on Thursday, the first day of fashion week. A sand artist had covered the runway in a swirly sand design. The models had slicked back hair that appeared wet from a day at the beach although the theme of the show was “zombie brides meet desert princes.” That was most reminiscent of the third look I’ve pictured above, which I immediately thought was very bridal in style/design. In place of actual shoes the models wore crocheted foot coverings.

Unfortunately I was running a little late and didn’t have time to get backstage before the show to shoot. However, expect some backstage photos soon from several other shows including Patrik Ervell, Suno and Custo Barcelona (which was a madhouse backstage!).