The fashion industry has taken inspiration from art history for quite some time. Still, I find myself interested in Christian Louboutin’s F/W 2011 campaign. Shot by Peter Lippmann, the campaign recreates famous, classic paintings, creating quite a likeness to the originals, but replacing or adding a piece here or there from the designers Fall/Winter collection. 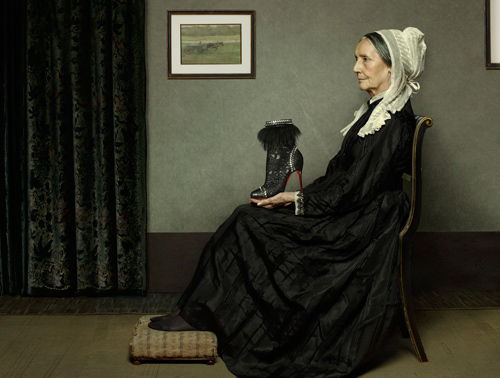 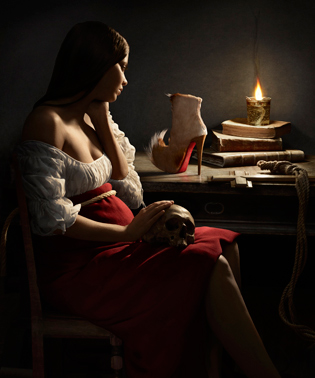 Inspired by Magdalene and the Flame, Image via HarpersBazaar.co.uk

I like that the shoes or accessories featured in the photos aren’t really the focus. In a way, although you notice them, they also kind of blend in and aren’t distracting in the overall photo.

What do you think? Do you like this campaign? You can check out the more of the campaign along with the paintings that inspired them over at Queen in Heels.

I'm a freelance photographer based in Paris.
View all posts by Brandie →
This entry was posted in art, photography and tagged Christian Louboutin, Peter Lippmann, Whistler's Mother. Bookmark the permalink.