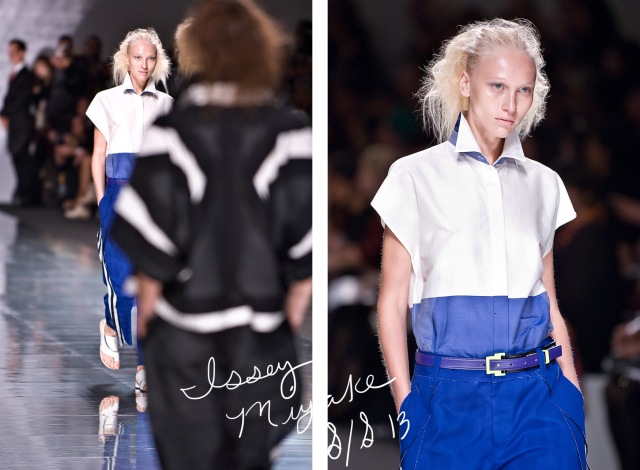 As you probably know, Paris fashion week Spring/Summer 2013 kicked off this Tuesday so it’s been quite a busy week. Unfortunately I’ve been a bit behind in posting what with running all over Paris but finally wanted to share a little something! So, here is a peek at the Issey Miyake show which was held at the Grand Palais earlier today.

Just a reminder, I’m on Instagram so if you aren’t yet, start following (brandieraasch)! I’ve been posting photo updates from backstage and the shows as I can do that much faster.

I'm a freelance photographer based in Paris.
View all posts by Brandie →
This entry was posted in Runway and tagged Grand Palais, Issey Miyake, Paris, Paris fashion week, Photos, runway. Bookmark the permalink.